Getting charged with DUI (short for “driving under the influence”) or OVII (short for “operating a vehicle under the influence of an intoxicant”) can be an overwhelming experience. DUI charges are taken seriously in Hawaii, and on successful conviction, the charge will appear in the person’s background checks for five years. Expectedly, this can take a toll on their driving privileges, insurance premiums, and employment prospects. No matter whether you are facing the first charge or Felony DUI in Honolulu, you should consider working with an attorney specializing in criminal law. Below we have discussed the laws and penalties in Hawaii related to DUI and OVII.

If you are convicted of first-offense DUI, your driving license will be revoked for a year, and you would require to go for a 14-hour rehabilitation program. Depending on the circumstances, the judge may also ask you to commit to 72 hours of community service, pay fines up to $1,000, or spend up to five days in jail. After getting charged with DUI, your immediate response should be about seeking legal help, working on your defense, and making sure you hire a known and experienced attorney.

If you had a prior DUI conviction and are again charged for driving under the influence, you could face up to three years of license revocation. The fines also increase substantially, and you may have to pay up to $3,000. The court will usually order community service for up to 240 years, or you may be ordered to spend time in jail (anywhere between five to thirty days).

If this is your third DUI charge, you would be considered a habitual offender, which is a class C felony in Hawaii. Besides continuous alcohol monitoring, which is not unusual for many cases, you could spend up to five years in jail and five years of probation, and your license could be revoked for five years. The fines are also significantly high and go up to $5,000. The court will also order you to go for substance abuse counseling.

As you may have guessed, you cannot take chances when it comes to defending a DUI charge. Make sure you are prepared for the administrative hearing, but more importantly, you should have a clear strategy for your criminal case. Talk to your attorney about the various defenses you can consider for your case as per the given circumstances.

When You Need To Hire A Chicago Car Accident Lawyer 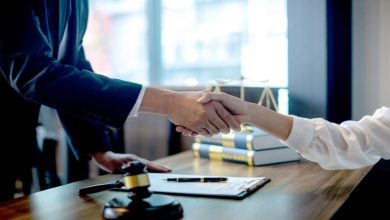